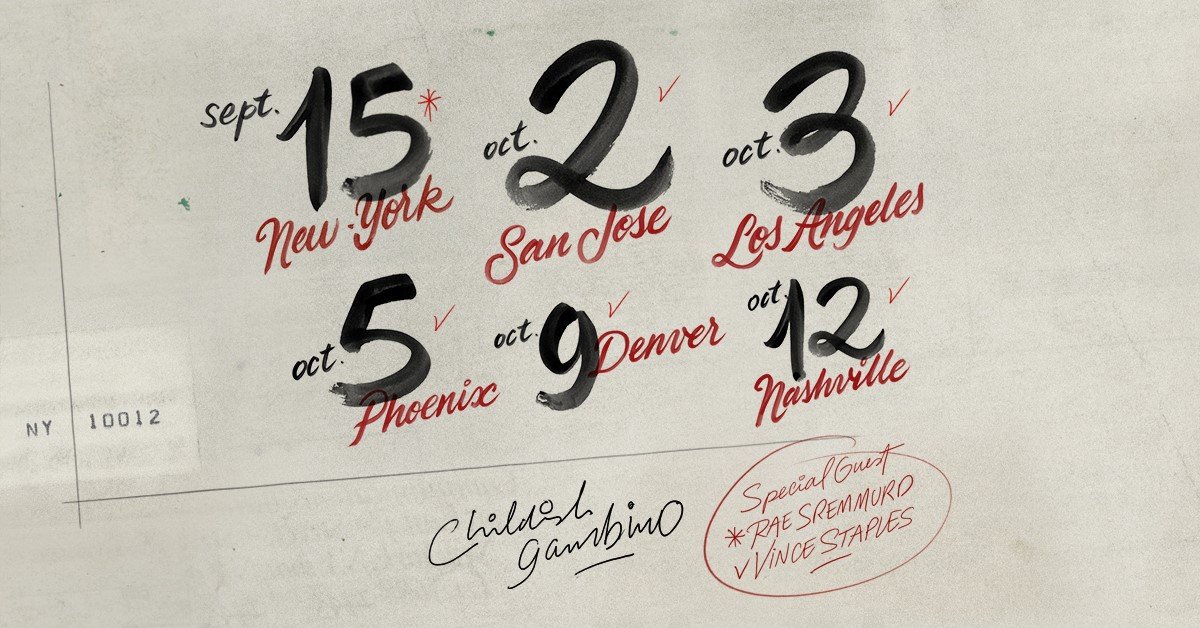 Looks like Childish Gambino is postponing his “This Is America Tour” to recover from an injury sustained to his foot while performing in Dallas.

Live Nation says the tour will resume on Dec. 2 in Nashville, Tennessee and tickets for the rescheduled shows will be honored at the new dates.

The injury is also forcing Gambino to cancel his appearance at the Austin City Limits Music Festival in October. He will still perform at the Voodoo Music + Arts Experience in New Orleans on Oct. 27.