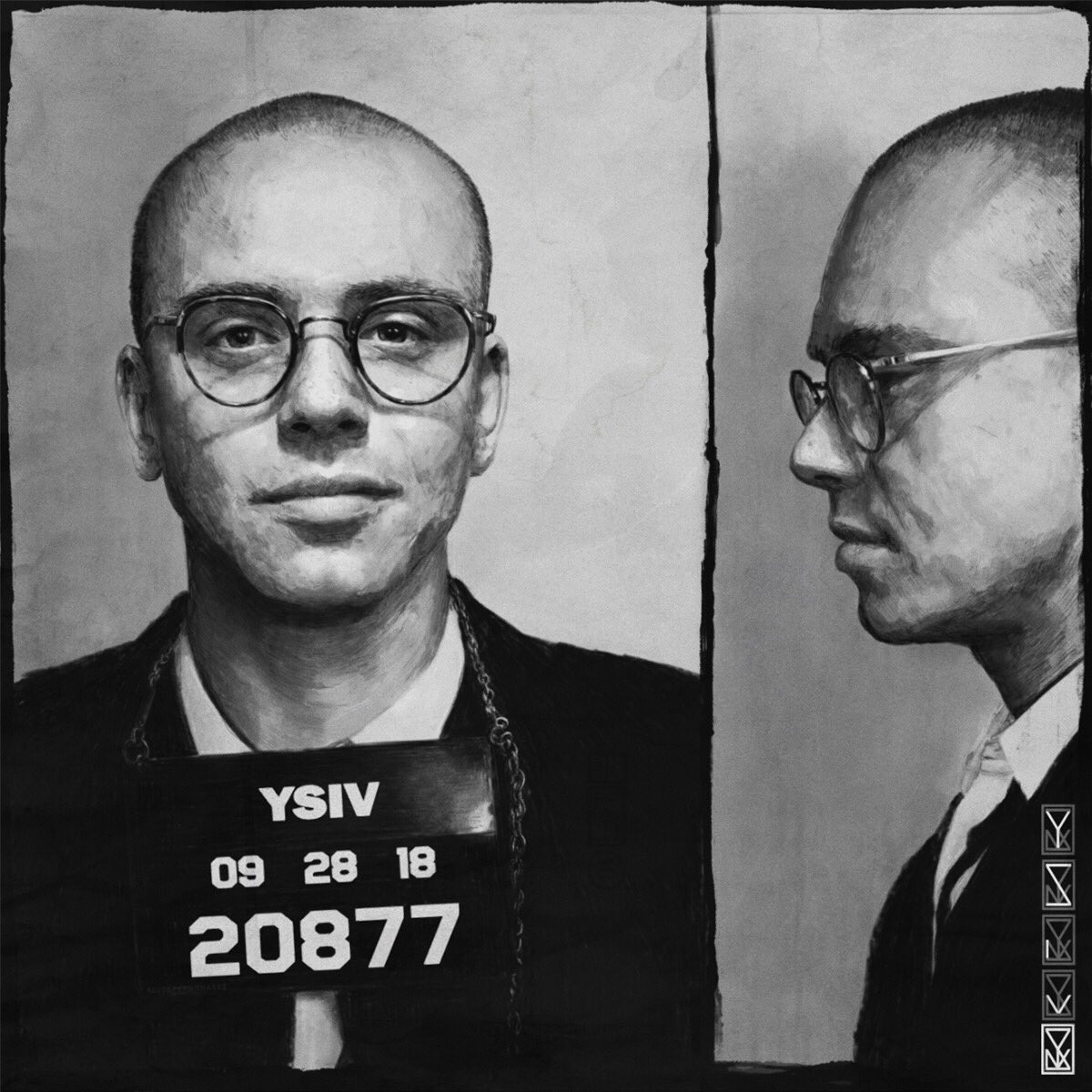 The artwork, hand-drawn by the rapper’s longtime artistic collaborator Sam Spratt, features Logic posing for a mug shot in the style of Frank Sinatra’s mug after the singer’s 1938 arrest in New Jersey for the very 1930s crime of “seduction.” – XXL

In case you missed last week’s YSIV Freestyle verse, the rapper compares himself to Nas, Big L, The Notorious B.I.G. and Tupac Shakur, among other legends, and announces the album’s Sept. 28 release date in the outro.

His last studio album Everybody dropped in May of 2017.

YSIV album cover I drew for @logic301. For Young Sinatra's return, he knew ages ago he just wanted a simple throwback to the beginning: a love letter to the rattpack. No robots, wild colors, or labyrinthine easter eggs. Just a nod to where it started. https://t.co/F96jBOGi3R pic.twitter.com/SZDhKb0Ypj