And this is why you have to be very careful who you lay down and have kids with!

Ludacris is reportedly livid with his baby mama, Tamika Fuller. Luda has even accused her of photoshopping bruises and abrasions on photos of their child in order to get full custody.

TMZ obtained legal documents showing that Tamika claims she picked up their 2-year-old daughter from daycare and noticed that there were bruises and abrasions on the child’s face.

Tamika says she took their daughter to the hospital for emergency care, and a social worker recommended that DFCS get involved. 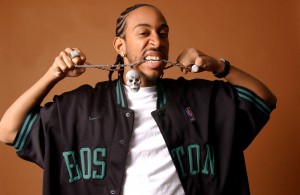 In the obtained docs, it says Tamika claims DFCS wanted to keep Luda away from their daughter.

Luda soon filed his own docs saying that Tamika made up the entire story and digitally edited the injuries onto the photos before submitting them in court.

He said the true DFCS records will back what he’s saying up!

Apparently the whole case was squashed, and Tamika claims she lost once again to Luda’s fame, wealth, and intimidation tactics.