Pete Davidson shelled out nearly 100 grand for the engagement ring on Ariana Grande’s finger … which was custom made for her. Davidson picked up the $93,000 VVS1 clarity 3 carat diamond set in platinum last month. It was specially made for Ariana and took nearly two weeks to complete. Pete and Ariana got engaged after only dating for a couple months. As for their engagement, they took their celebrations to Disneyland on Monday.

Both had previously been involved in long-term relationships — Ariana with Mac Miller, and Pete with Larry David’s daughter, Cazzie. 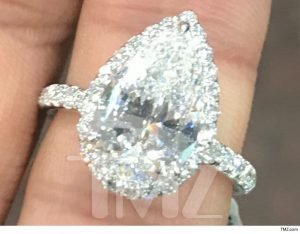