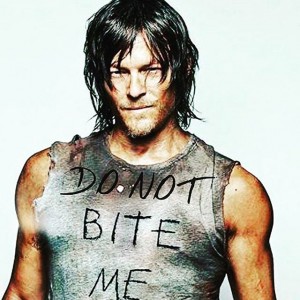 Norman Reedus aka Daryl Dixon from AMC’s hit show “The Walking Dead,” posted an Instagram to that effect after a female fan apparently bit him during a photo op at a recent Walker Stalker convention in New Jersey. According to TMZ, Reedus is not pressing charges against the fan, who has been banned from future conventions.