50 Cent Wants to Atone for His Embarrassing 1st Pitch!! 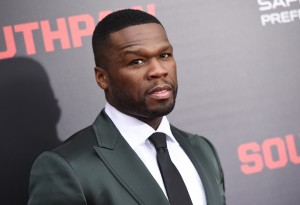 Remember that dreadful first pitch 50 Cent threw out before a New York Mets game last year. Turns out the rapper wants another crack at the mound. “I am very athletic,“ he told WFAN’s Boomer Esiason and Craig Carton yesterday.

“I tried to throw the ball too hard, it slips, it goes to the left, it almost hit the cameraman…I got to go [back to] redeem myself.” He added that the pitch was one of his “top three most embarrassing moments.“ We’re thinking filing for bankruptcy after losing millions in an illicit sex-tape lawsuit are right up there too.