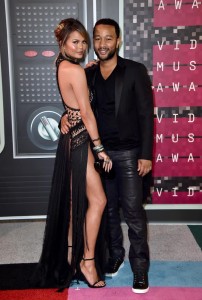 Chrissy Teigen and John Legend don’t have children yet, but the Sports Illustrated model has already laid down the law for when the time comes.

“No hot nannies, drivers or maids,“ she declared at Lauren Conrad’s New York Fashion Week show on Wednesday night. “It’s an ongoing joke in my house. I do want kids one day, so it’s something that I have to think about.”

She continued, “But the rule is no hot nannies. I trust John, but you never know with these men.“ People reports that Teigen also explained, “These days, it doesn’t matter what you look like. Sometimes cabin fever just strikes and men do the do.