Drunk Disick Finds Random Girls in His Car and he does WHAT?! - Power 98.3 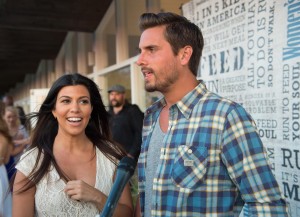 Scott Disick may not like it when you somehow trespass into his car, but if you’re a hot chick, he’ll still go home with you. OF COURSE he will.

Poor KOURTNEY!!! The more Scott news comes up, the less and less likely it is that those two will get back together!

TMZ has just published a bizarre video reportedly taken around 2 a.m. today that shows a totally wasted Disick exiting The Nice Guy in West Hollywood, only to find two girls he doesn’t know inexplicably sitting in the back of his car waiting for him to arrive.

While Disick seems confused and initially balks at the situation–insisting that mustn’t be his ride and asking, “Who’s in the damn car?“–he ultimately has no problem jumping into the shotgun seat and being whisked off into the night with the sexy strangers.