Empire: Lyon Family Fights for Control of the Label !! - Power 98.3 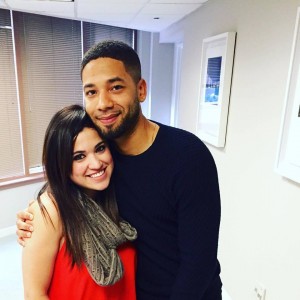 On last night’s season two premiere of Empire, several members of the Lyon family fought for control of Empire Entertainment and Lucious continued his stint in jail.

While Cookie, Hakeem, Andre, and Anika attempted to launch a hostile takeover of the label, the group got a taste of their own medicine when potential investor Mimi Whiteman (played by Marisa Tomei) flipped sides to help Jamal and Lucious keep their control.

I got to hang with Jussie Smollette (JAMAL^) and he is awesome! He says they have a LOT of great special guests AND he gets to be a BAD ASS this season! So fun.

Meanwhile, Cookie and Lucious’ former drug dealer boss Frank Gathers (played by Chris Rock) landed in jail and learned that it was Cookie who ratted him out. After having the head of Cookie’s cousin delivered to her apartment, the Lyon matriarch asked Lucious to take care of Gathers, which he did with the help of his fellow inmates.

Empire Premiere Recap: Lucious Lyon Gets His Murder On – Us Weekly: http://www.usmagazine.com/entertainment/news/empire-premiere-recap-lucious-lyon-gets-his-murder-on-2015239