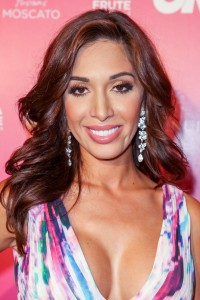 Getting your KID involved in your drama is NOT COOL!

Shout out to Farrah Abraham who had her 6 year old daughter Sophia throw shade at Nicki Minaj on snapchat.

Sophia said” “Hi everybody! Nicki Minaj is a total loser”

This is after the feud between Farrah and Nicki that started when when Nicki called Farrah out on twitter for calling her mother a “c*nt.”

Thoughts on getting your kids involved in your drama?

Farrah and Minaj’s feud started when Minaj criticized Farrah on Twitter for calling her own mother a “ct“ on an episode of Teen Mom OG. On Monday, Farrah told Us Weekly, “I’m no longer allowing Sophia to watch Nicki Minaj videos.“

Farrah Abraham’s Daughter, 6, Calls Nicki Minaj a ’Loser’ in a New Video – Us Weekly: http://www.usmagazine.com/celebrity-news/news/farrah-abrahams-daughter-6-calls-nicki-minaj-a-loser-in-a-new-video-w161486Farrah Abraham: I’m Not Above Making My Kid a Pawn … In Nicki Minaj War | TMZ.com : http://www.tmz.com/2016/01/12/farrah-sophia-abraham-nicki-minaj-teen-mom-war-daughter/