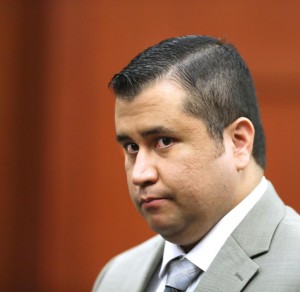 Thank goodness George Zimmerman has taken to Twitter to share his thoughts about yesterday’s horrific shooting during a morning news broadcast in Virginia.

“Pansy Fester Lee Flanagan too much of a daisy to deal with racism,“ Zimmerman tweeted on Wednesday afternoon.

(His use of “pansy“ and “daisy“ is presumably because Flanagan was gay.)

Yes, because we are going to listen to what YOU have to say about a Hate Crime, George.