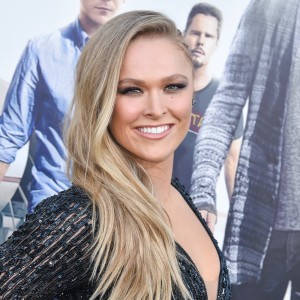 After defeating Ronda Rousey over the weekend, MMA champion Holly Holm told TMZ yesterday that she doesn’t think the fair-weather fans who are piling up on Rousey are in the right. “I don’t want any of that to happen, you know. I do feel like I come from maybe a little more humble spot, but that’s just because I don’t ever want to say, ’I’m this good’…and then have something happen and then look like a fool,“ Holm said. “Ronda’s been a very dominant champ and she’s taken the sport to new levels. This fight wouldn’t have happened if she hadn’t accomplished what she’s accomplished.“