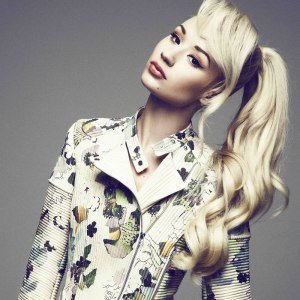 That’s exactly what Iggy’s legal team is saying. I think they’re TRYING the underage thing because it worked for McKayla Maroney with the nude photo scandal.

It’s worth a shot. As always, if it exists, it WILL come out!!! That sucks…I’m sure she will be embarrassed…she actually has a very timid personality!!!

Check out our interview with her here!

Are you surprised that there’s an Iggy Sex Tape?!

UPDATE: Iggy took to twitter to address this situation by saying:

“I dont have a sex tape but for the record… Anyone who releases or attempts to make profit off someone else’s intimate moments against their will is a sex offender. & it honestly makes me sick to see the media encourage any other attitude towards those sorts of people, we should want to protect our women … and i really hope that america will follow Europe and their laws to better protect peoples privacy and fundamental rights.”

She closed with some humor, adding, “and on that note, I’m off to get a manicure. peaaaaccceeeeeee outtttttt *drops the mic*”