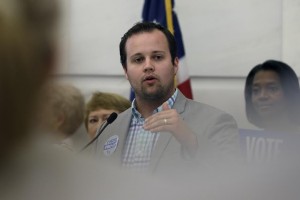 Yet another one of Josh Duggar’s relatives have publicly called him out for being an “evil“ creep.

Michael Seewald, whose son Ben is married to Jessa Duggar, penned an essay on Monday in which he called Josh a “pretender“ who deceived his loved ones and the public.

“He took a job at the Family Research Council that exists to promote the traditional family, all the while undermining his own family…With the name of God on his lips he lived a covert and extensive lifestyle of evil.“

Grief, Shame, And Taking The LORD’s Name In Vain | The Seewald Family: http://seewalds.com/grief-shame-and-taking-the-lords-name-in-vain/#more-434