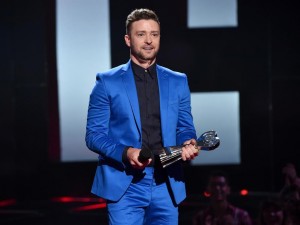 For the final concert of her five-night stand at L.A.’s Staples Center, Taylor Swift went above and beyond by bringing out both Justin Timberlake and Selena Gomez.

Taylor introduced Justin by telling the crowd, “Justin hasn’t performed since he became a dad, so I’m just honored that this is his first performance.”

They then launched into a rendition of his 2013 hit “Mirrors.”

As if that didn’t drive the crowd wild enough, Taylor also brought out Selena and the two delivered a sexy strut down the runway as they gave the first-ever live performance of Selena’s single “Good for You.”

Taylor knows how to do a show!