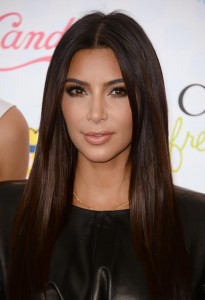 Who knew that there was something WORSE than catching your parents in the middle of cuddle plus time. What is it?! HEARING THEM.

On Wednesday’s episode of Ellen, Kim Kardashian revealed that she has heard her mom Kris Jenner having sex since her divorce.
“I’ve heard her from downstairs, and that’s just as bad as walking in,“ she declared. “I literally put the sheets over my head. I called all my sisters and put it on speaker, and was like, ’What do I do?’“

Kim, who revealed the gossip during a game of “Never Have I Ever,“  also admitted that she used to sneak guys into her room without her mom knowing. “I have,“ she confessed. “But I would say it was more Khloe. Khloe would do that all the time.”