Kim Kardashian May Have Her Uterus Removed After 2nd Pregnancy :( - Power 98.3 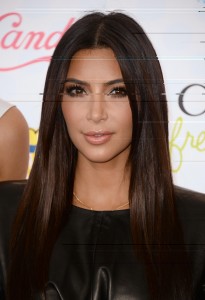 In the new issue of C Magazine, Kim Kardashian opens up about her health problems and about how difficult it was to get pregnant. She said doing so in such a clinical way took away the FUN.

The 34-year-old reality star says that she suffered from a condition called placenta accreta that she believes made it harder for her to get pregnant a second time.

“There were a couple of little operations to fix all that, so that created a little hole in my uterus, which I think made it really tough to get pregnant again,“ she explains.

When asked if she and Kanye West will have more children after they welcome baby #2, she responds, “Well, they think I’ll have placenta accreta again, so if the placenta grows a little bit deeper than it did last time, then they are prepared to have my uterus removed, which is a little scary for me.“ In less shocking news, Kim posed naked for the magazine shoot.