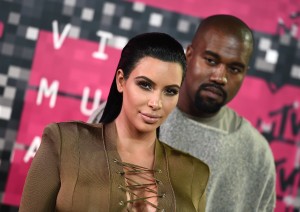 Kim Kardashian has finally shared a photo of Saint West, her 3-month-old son with Kanye West. According to TMZ, Kim shared the pic of a sleeping Saint on her official app in honor of her own father, Robert Kardashian. “Today is my dad’s birthday,“ Kim wrote. “I know there’s nothing more in the world he would have wanted than to meet his grandchildren. So I wanted to share this pic of Saint with you all.“ Kim also Instagrammed a pic over the weekend of Kanye and their daughter North falling asleep on the furniture at a Bel Bambini store. “We found them passed out in the middle of the store,“ Kim wrote. The family was apparently there with John Legend and Chrissy Teigen to help them pick out baby furnishings for their upcoming first child.