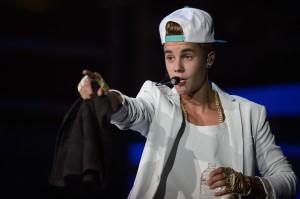 An Australian model claims that someone spiked her drink at a Justin Bieber listening party at a studio in Melbourne yesterday. In a post she’s since made private, Bailey Scarlett wrote on social media that at one point during the event, she put down her vodka lemonade, then later began to feel woozy and started experiencing blurred vision. When she started crying, Bieber came over to try to calm her down. Scarlett was later taken to a local hospital and encouraged to file a report, but has yet to do so. Meanwhile, the studio’s owner says he’s reviewed footage from the event and her drink was never touched.

Justin Bieber — Girl Claims She Was Drugged At Listening Party With Justin and Crew | TMZ.com : http://www.tmz.com/2015/09/27/justin-bieber-girl-drugged-australia-police-listening-party/