Nick Cannon: Raising a BOY is MUCH EASIER than Raising a GIRL! Is that true!? - Power 98.3 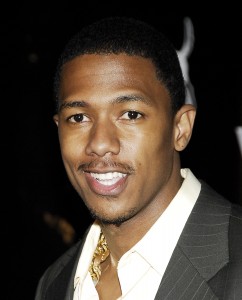 Nick Cannon–as we know–has twins: 4 year old Moroccan and Monroe!
And he says it’s MUCH easier time with the boy!

“I just bought him the Sports Illustrated. Me and him are on the same page.”

Not so much with his daughter:
“My daughter came to me, and I don’t even know if she knew exactly what she was talking about, but the other day she told me she was married and I did not even know how to react. My knees just buckled and I was like, ‘You’re married?!’ Luckily, it was a boy that is like my godson and I said, ‘You’re not married to him,’ but I couldn’t even explain it to her because…does that mean you’re attracted to him? Why are you calling this little boy your husband? …I was crushed when she said that to me!”

MAN! if he’s struggling NOW!
Is it tougher to raise GIRLS than BOYS????