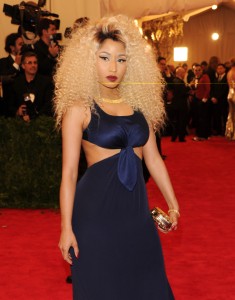 Patti LaBelle shut down a fan who decided to strip during her Friday concert at the Hard Rock Casino in Vancouver, B.C. The 71-year-old diva was performing her hit “Lady Marmalade“ and had invited several concertgoers to join her onstage.

However, she became furious when one of them started to unbutton his shirt and perform a sexy dance. “Don’t you dare–not on my stage,“ she declared. “I am not Nicki Minaj or that little, uh, Miley.”

She then told security, “I got this,“ and continued to tell off the individual. “Get off of my goddarn stage, b**ch,“ she demanded. “And stay off! Put him out of the building. Put him out! How dare you.”

Not only is she a BOSS for that…but she ALSO threw some shade to Miley and Nicki!!! 71 year old BOSS WOMAN!

Patti LaBelle Calls Frisky Fan a ’B***h’ During Concert: ’I Am Not Nicki Minaj’: http://www.etonline.com/news/172274_patti_labelle_calls_frisky_fan_a_bh_during_concert_i_am_not_nicki_minaj/