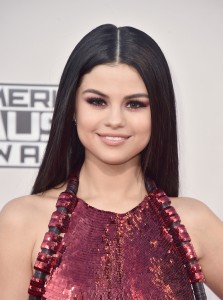 In the new issue of InStyle UK, Selena Gomez reveals that she would love to pursue a relationship with an older man. “I feel like I look 16 sometimes, which is a bummer because I would love to date older guys,“ she admits. The 23-year-old pop star also makes it clear that she is open to hooking up with former One Direction member Zayn Malik. “If he had asked me out on a date, I would be seen with him“ she says with a sly smile. “Just kidding, but not kidding.“ Gomez additionally dishes on her friendship with Taylor Swift. She says they spend most of their time together discussing issues in “the boy department,“ listening to music and eating.