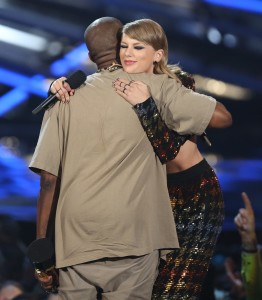 Taylor Swift posted a photo of her gift to Twitter and it looks like it’s a cube of white roses with some other flowers mixed in! She captioned, “Awww Kanye sent me the coolest flowers!!” She also included the hashtags #KanTay2020 #BFFs!