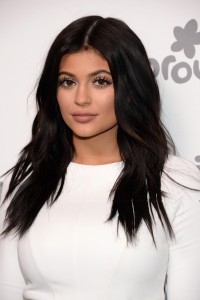 DAMN TYGA!!! So now that Kylie’s 18…he thought it would be OK to rap about the fact he USED to smash her before she was of age.

Yesterday, Tyga dropped a mixtape called Stimulated that contains some very NC-17 lyrics about his sex life with Kylie.

“I’m stimulated/I’m at the bank, I’m penetratin’,“ Tyga rhymes. “I’m getting big, she stimulated/They say she young, I shoulda waited/She a big girl, dog, when she stimulated.“