WHY does Kanye fear that North could get ELECTROCUTED?! Find out. - Power 98.3 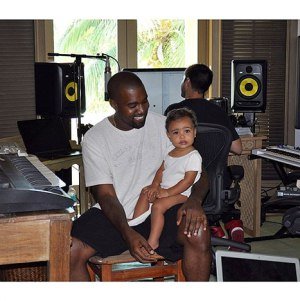 Kanye West is NOT a happy camper about the way paparazzi is getting some of their shots: DRONES.

They literally have cameras hovering over celebrity homes and he’s saying that he is concerned with SAFETY.

He even mentioned the hypothetical situation in which North could get electrocuted if she’s swimming and the drone falls in the pool.

Kanye’s deposition for the case in which he’s being sued by a photog that he attacked was obtained by TMZ. He told the paparazzi’s lawyer:

“Is your daughter stalked by like drones? Are there drones flying where she’s trying to learn how to swim at age 1?”
“Wouldn’t you like to just teach your daughter how to swim without a drone flying? What happens if a drone falls right next to her? Would it electrocute her?”
“Could it fall and hit her if that paparazzi doesn’t understand how to remote control the drone over their house?”

VERY GOOD POINTS— how is it even legal to do that???
DRONES:
Price of Fame??? Or crossing the line??