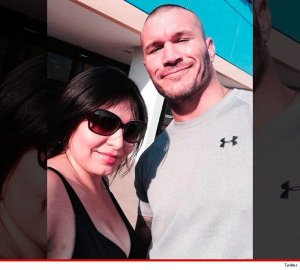 WWE fans are INSANE!!!!! But even Randy Orton – WWE Universe’s biggest fans think he’s an ass for this one!

So while in Texas on Sunday, a big fan of his met him outside of the gym and took a selfie which she uploaded to Twitter.

He retweeted the pic and sent this message to his girlfriend:

“Look @kimklro I met the Latino Ms. Piggy today at the gym. I wish you were there to have a good laugh with me! #MsPig”

He offered an apology after the backlash saying:
“I apologize if any of my previous tweets offended anyone. The answer to bullying isn’t more bullying…”

Thoughts on his comments??